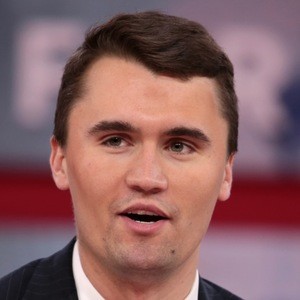 Founder of Turning Point USA, a right-wing non-profit organization, which launched in 2012. He published his first book in 2016 titled, "Time for A Turning Point".

He was the youngest speaker at the 2016 Republican National Convention.

He is close with his family and regularly posts pictures alongside his grandmother to his Instagram page.

He has been very vocal about his support of Donald Trump during his presidential term. In 2018, he was pictured alongside Kanye West after the pair had a meeting.

Charlie Kirk Is A Member Of