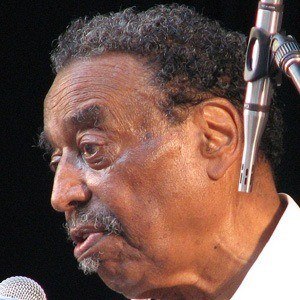 American Jazz drummer and bandleader who has been the bandleader on more than fifty albums beginning in 1955.

In his early days he was in a band with Charles Mingus. He was in the film You'll Never Get Rich, released in 1941.

He was appointed to the President's Council on the Arts.

His brother is actor Bernie Hamilton.

He was Lena Horne's drummer for six years in the 1960s.

Chico Hamilton Is A Member Of