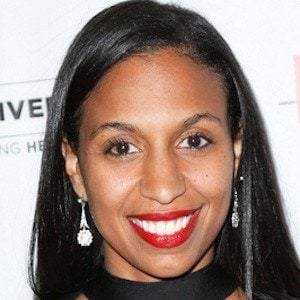 Dancer, choreographer, and entrepreneur who primarily rose to fame for winning So You Think You Can Dance's first crew battle with her dance group Syncopated Ladies. She has also had dance and choreography credits on shows like The Brothers Garcia, The Parkers, and in the feature film Idlewild.

She began dancing professionally at the age of ten. At sixteen, she appeared in Debbie Allen's Brother's of the Knight and continued to work with the renowned choreographer into adulthood.

She has had extensive acting experience, studying theater and film at Columbia University and acting at the New York Film School. She has also had a recurring role as an Onyx Girl on the HBO series Boardwalk Empire.

She formed the company Chloé and Maud Productions with her sister Maud Arnold.

Chloe Arnold Is A Member Of