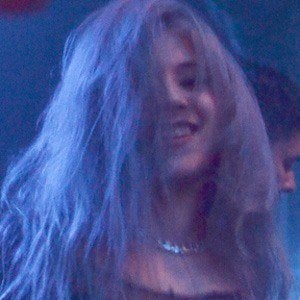 Singer known for being the face of the band Kitten, who are known for the EPs Cut It Out and Like a Stranger as well as their self-titled debut album.

She'd formed her own band at the age of ten and was opening for major indie performers by the time she was in 7th grade.

She's served as the steadying presence of Kitten since its inception, as a number of members have left over the years.

She comes from a musical background, as her father was a punk rocker.

She opened for Conor Oberst when she was 12-years-old.

Chloe Chaidez Is A Member Of