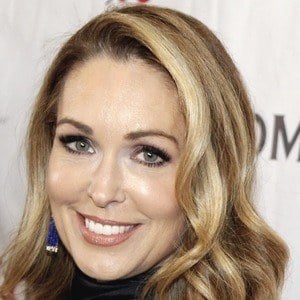 News anchor most famous for her work on New Day on CNN as well as the HLN TV network. She is also a singer and author whose book, Love Isn't Supposed to Hurt, was published in 2013.

She earned a Bachelor's degree in Broadcast Journalism from the University of Toledo.

She was named third runner-up in the Miss Ohio pageant in 1993.

She was previously married to anchor Rob Koebel. She got re-married to a man named Peter Paul in 2003.

She and Michaela Pereira have both served as Anchors on the CNN show New Day.

Christi Paul Is A Member Of