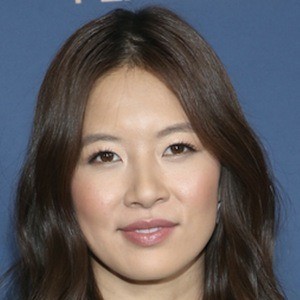 Chinese-American actress who rose to fame from her role as Emma in the CBS comedy series The Great Indoors. She's also known as Maggie from the television series Relationship Status and as Anna on the HBO series Ballers.

She made her television debut as Courtney in the short series BBFS in 2012.

She appeared in the "Whistle While I Work It" music video in 2013.

She was born in Chicago, but raised in Atlanta and Taiwan.

Christine Ko Is A Member Of