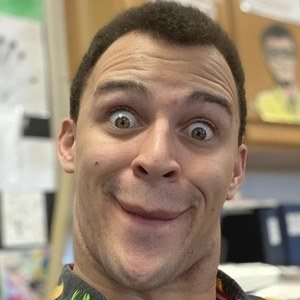 Short form comedy and skit content creator who is known for posting videos on his christwodafur TikTok account. His sense of humor has garnered him more than 2.4 million followers on the platform.

He obtained a bachelor's degree in fine arts from Bridgewater College.

He was an art teacher for Rockingham County Public Schools. He also launched his own studio called Afroworx Studio.

He created a series of impressions of The Grinch who was played by Jim Carrey on the big screen.

Christopher Michael Is A Member Of