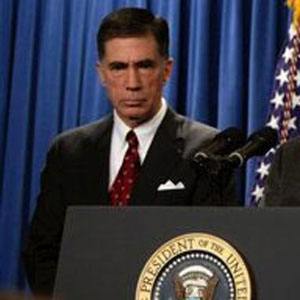 Politician and Democrat who served as the 64th Governor of Virginia. He also served his state as a U.S. senator from 1989 to 2001.

He served in the U.S. Marine Corps and became a White House social aide.

As chair of the Iraq Intelligence Commission, he was tasked with investigating the intelligence surrounding Iraq's alleged weapons of mass destruction.

His wife is the daughter of former U.S. President Lyndon B. Johnson.

Chuck Robb Is A Member Of