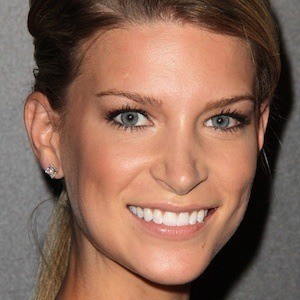 Model who rose to fame competing in cycle 11 of the incredibly popular CW reality series America's Next Top Model. She modeled extensively throughout her youth, gracing the pages of publications like Garnet & Black Magazine. She also went on to make acting appearances in numerous television series.

She began modeling at only fourteen years old for KGB Swimwear. She later attended the University of South Carolina to earn her bachelors in retail and fashion merchandising.

In addition to being a model, she was also a pageant contestant, competing in Miss South Carolina USA.

She has an older brother named Ed. In the fall of 2014, she married Kenny Florian.

She was requested by name by Ben Affleck for a small role in his Oscar-winning film Argo.

Clark Gilmer Is A Member Of