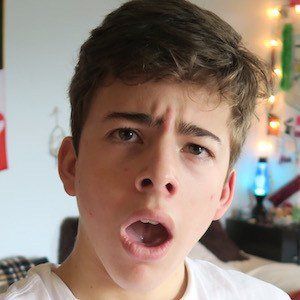 YouTube vlogger who is known for his eponymous channel. He is particularly known for his regular vlog entries concerning his opinions and stories from his own life.

He has amassed more than 2,000 subscribers since beginning his YouTube channel. One of his most popular videos, "Guy Room Tour 2015", has garnered more than 10,000 views.

He is a relative of fellow YouTuber Fetchinq Flo.

He and fellow YouTuber Tana Mongeau are both known for their personal vlog-centric channels.

Cliff Pribble Is A Member Of