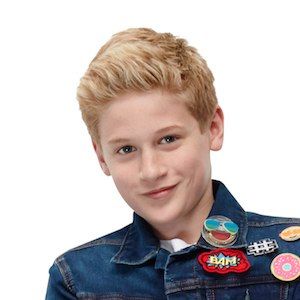 One of the members of the Kidz Bop Kids, he gained fame performing live and appearing on Kidz Bop's popular YouTube channel. He has also lent his voice to more than two dozen song covers for Kidz Bop.

He first realized he wanted to begin singing after doing karaoke for the first time. He then went on to practice with his sixth grade choir class.

Some of the songs he has lent his voice to for Kidz Bop include "That's What I Like" and "Cake by the Ocean."

His father, Travis, is a middle school principal. His mother, Chelsea, moved with him to Los Angeles after joining the Kidz Bop Kids. He has a younger brother and older brothers.

Some other Kidz Bop kids include Sierra Brogmus and Julianna Revilla.

Cooper Hounshell Is A Member Of