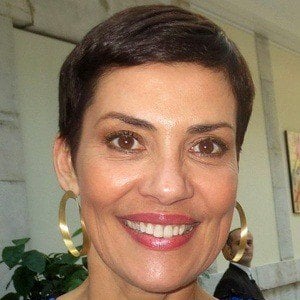 She studied communications and journalism before becoming an international model.

She was named Woman of the Year 2014 by Télé 7 Jours as well as France's favorite TV presenter by Strategies magazine.

She was born in Rio de Janeiro.

She appeared in the short film titled The Return in 2013 which was directed by Karl Lagerfeld.

Cristina Cordula Is A Member Of