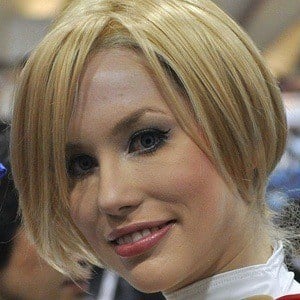 American illustrator and cosplay model who is widely recognized for illustrating characters from hit video game franchises such as Mass Effect and Fallout.

She and her husband first began cosplaying in 2005.

She designed the cover art of Double Takes' Honor #4 comic.

Both she and her husband Todd Graziano are well known cosplayers.

In March 2017, she posed for a photo with Aquaman star Jason Momoa.

Crystal Graziano Is A Member Of