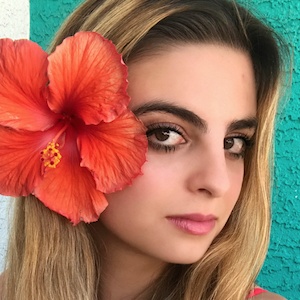 Lip sync artist and digital content creator who rose to fame by sharing short form videos on TikTok and LIKE. Her creative use of TikTok features have garnered her more than 1.7 million fans on her danizvulun account.

She appeared in a 2015 short film titled The Escape.

In 2017, she attended the Heath Ledger Scholarship Dinner event. She has over 680,000 followers on LIKE.

She has a twin brother.

She has been photographed with Dancing with the Stars' Emma Slater.

Dani Zvulun Is A Member Of