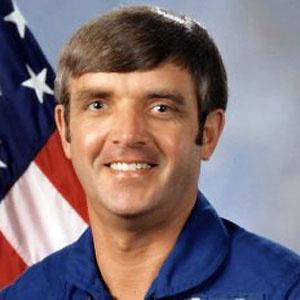 He was in the U.S. Navy and designated a Naval Aviator.

He flew on four Space Shuttle missions with NASA.

He married Jane Wade and had one daughter.

He was an astronaut like the legendary John Glenn.

Daniel Brandenstein Is A Member Of