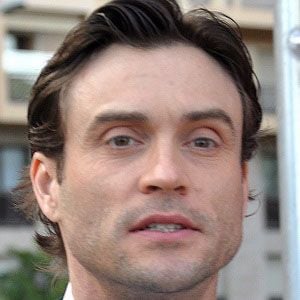 Most well known for his portrayal of Cane Ashby on the American soap opera The Young and the Restless, this Australian-born actor and model is also notable for his role as Dar on the Sci Fi Channel series BeastMaster.

While pursuing a university degree in finance, he began studying acting and was soon cast in the recurring role of Eric Phillips on the Australian soap opera Home and Away.

He modeled for the Dolce & Gabbana and Calvin Klein fashion brands.

He and Rachael Marcus married in 2002 and welcomed sons named Ford and Sebastian in 2006 and 2008, respectively.

He co-starred with Lance Henriksen in the 2003 action movie Dream Warrior.

Daniel Goddard Is A Member Of