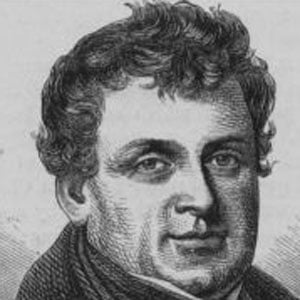 Early nineteenth-century Irish political figure remembered for his work on behalf of Irish Catholic rights and emancipation. He also fought to overturn an 1800 England and Ireland-unifying measure called the Acts of Union.

At the start of his career, he sat on the bar at both Lincoln's Inn (London) and King's Inns (Dublin).

A member of the Radical Party, he founded and led an 1840s political movement known as the Repeal Association.

His marriage to Mary O'Connell produced five sons and three daughters. His sons Maurice, John, and Daniel all had parliamentary careers.

Fellow politician Sir Robert Peel aided O'Connell in his quest to secure the right of Catholics to serve in the British Parliament.

Daniel O'Connell Is A Member Of