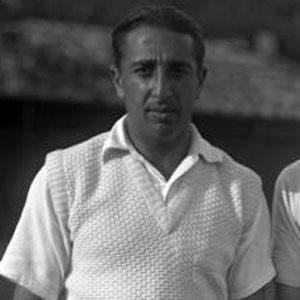 He competed professionally and in Davis Cup matches, enduring discrimination as a Jew in Germany during the 1930s and moving to the U.K. to continue his career.

He was born in Vilna and moved to Berlin after World War I.

In 1981, he was inducted into the International Jewish Sports Hall of Fame.

His father was a railway building contractor.

He lost to Bill Tilden in the final of the Berlin International Championship.

Daniel Prenn Is A Member Of