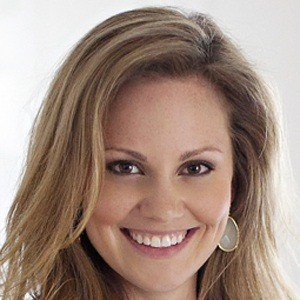 Food blogger and cookbook author who first rose to fame penning the gluten and grain-free blog Against All Grain. She later went on to release an original cookbook of the same name in 2013.

She began experimenting with healthy recipes and clean eating after she was diagnosed with the inflammatory bowel disease ulcerative colitis at the age of 22.

In addition to her blog, she has a self-titled YouTube channel where she has earned more than 40,000 subscribers by creating vlogs and recipe videos.

She and her husband Ryan have two sons, Asher and Easton.

She has made appearances on talk shows like CBC's Steven and Chris alongside Steven Sabados and Chris Hyndman.

Danielle Walker Is A Member Of