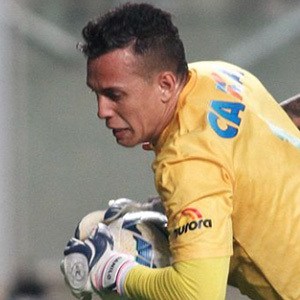 Goalkeeper who is best remembered for his play with clubs like Cianorte, Chapecoense and Operário Ferroviário. He passed away from injuries sustained during the crash of LaMia Airlines Flight 2933 in November 2016.

He grew up in Cianorte, Brazil and began playing with his hometown club at age 9.

He is survived by a son named Lorenzo.

He and teammate Filipe Machado were both victims of LaMia Airlines Flight 2933.

Danilo Padilha Is A Member Of