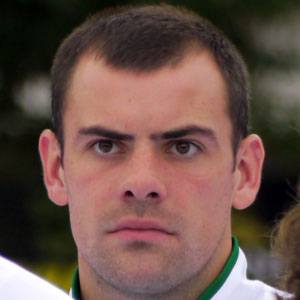 Midfielder who played for Manchester United from 2005-2012 and signed with another Premier League club, Everton, in 2013.

He played youth soccer for Institute.

He made his international debut in 2007 for Ireland.

He was born in Derry, County Londonderry, Northern Ireland.

Midfielder Ryan Giggs was his teammate on Manchester United.

Darron Gibson Is A Member Of