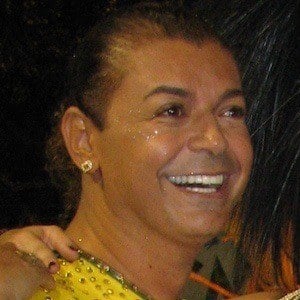 Promoter and actor who is known for his career across the Brazilian TV industry. He has worked extensively in event promotion throughout Brazil, as well as creating exposure for Brazilian celebrities. He is also renown for his appearances on the Domingo Legal series.

His promotional talents were discovered during his time working as a restaurant receptionist. He became known for his theatrical compliments to patrons.

He often stutters during his TV presentations, which has become an identifying feature of his presenting style. He has appeared as a contributor in various gossip and fashion magazines in Brazil.

He was born and raised in Recife, Brazil.

He has made various appearances alongside his friend and Brazilian soccer star Neymar.

David Brazil Is A Member Of