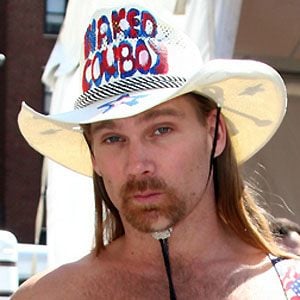 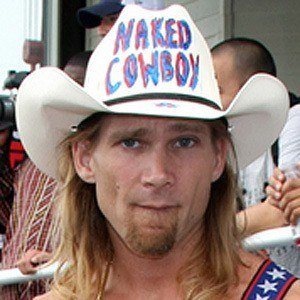 Born Robert John Burck and widely known by the nickname "Naked Cowboy," this New York street performer gained fame for appearing in Times Square wearing only a cowboy hat and boots, underwear, and a guitar.

After graduating from the University of Cincinnati with a degree in political science, he made his first busking appearance on the Venice Beach Boardwalk in Los Angeles, California.

He sued Mars Incorporated for trademark infringement after the company created an animated short of an M&M playing the guitar in Times Square while wearing his trademark outfit.

In 2010, he announced his intention to run on the Tea Party ticket against President Barack Obama in the 2012 presidential election.

Naked Cowboy Is A Member Of