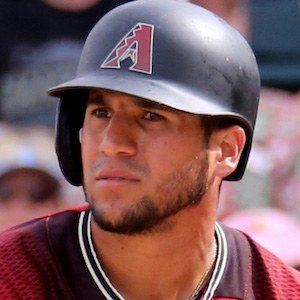 MLB outfielder who first joined the St. Louis Cardinals as a pitcher. After being cut by the Cardinals, he later joined the Arizona Diamondbacks as a left fielder, hitting .312 in 2015.

He initially joined the Cardinals in 2006, however injuries and inconsistent play got in the way and he was never called up to the majors.

He started in right field on opening day for the Arizona Diamondbacks in 2016.

His father helped him to focus his baseball career on hitting. He married Jordan Laria, a former college softball player.

He joined Paul Goldschmidt on the Diamondbacks to provide a dangerous one-two punch in the middle of the lineup.

David Peralta Is A Member Of