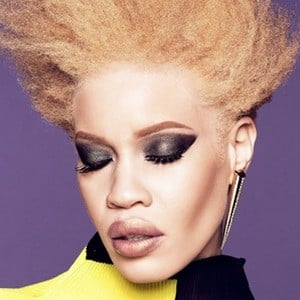 Model who became the first female model with albinism to sign a deal with a major modeling company. She was the face of Lokai's #ChooseToChange campaign.

She became aware of her albinism at nine years old and was first signed to an agency at age 18.

She is one of five children. One of her brothers also has albinism. She has two children named Rain and Rocky.

She and Winnie Harlow are both well-known models that have conditions which affect the pigment in their skin.

Diandra Forrest Is A Member Of