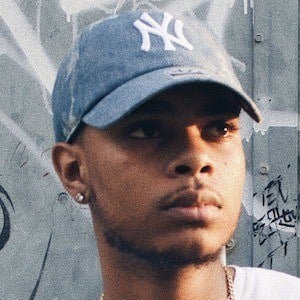 Former BET 106 & Park DJ who is popular on SoundCloud and YouTube. He created an internet radio station called Unknowradio when he was 12 years old and began producing music when he was 13.

Influenced by his father, he began his DJ career as early as the age of six and would perform at community events and parties. At nine, he was featured on a Caribbean radio station called Road Block Radio 90.1 FM.

When he was 10 years old, he had a two hour radio show called The High School Hour on Road Block Radio's sister channel Streetz 96.5 FM.

He made a guest appearance as a co-star alongside DJ Funkmaster Flex for the New York station Hot 97.

DJ Lil Taj Is A Member Of