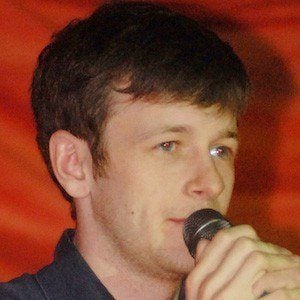 Writer, actor, and standup comedian most well known as a member of the internet sketch group Derrick Comedy. He has also written for several popular sitcoms including Rob Dyrdek's Fantasy Factory, Workaholics, and The Grinder.

He was only fourteen when he began performing standup. He was so young, in fact, that his parents had to be present for all his sets. He later went on to study film and television at Tisch School of the Arts.

An occasional actor, he has had small recurring roles in episodes of Community and Weeds.

The Memphis, Tennessee native became a teetotaler upon his move to Los Angeles, California.

He is joined in Derrick Comedy by DC Pierson and Community actor Donald Glover.

Dominic Dierkes Is A Member Of