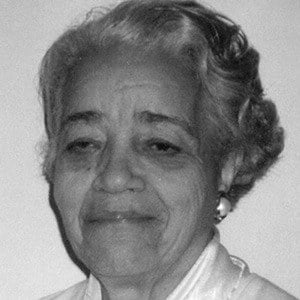 Mathematician most well known for her work with the National Advisory Committee for Aeronautics, the predecessor to the National Aeronautics and Space Administration. She would become the first African-American woman to be head of personnel at the NACA.

She was working as a mathematics teacher at R.R. Moton High School when Executive Orders 8802 and 9346 were passed, allowing her to be hired to the NACA.

She was assigned to West Area Computers upon joining NACA, a division segregated due to the Virginia Jim Crow laws. Despite this, she was made acting head of the division in 1949, though she didn't receive the official title for many years thereafter.

She and her husband Howard had six children together. One of her four children would eventually go on to work at NASA.

In 2016, the film Hidden Figures documented her career at NASA. She was depicted by actress Octavia Spencer.

Dorothy Vaughan Is A Member Of