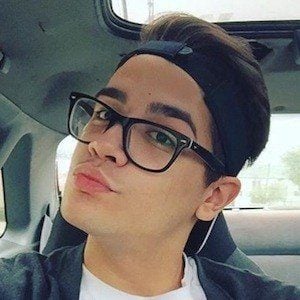 Crowned TikTok creator known for his use of the lip syncing app under his suxdyl account. The prolific creator has been featured more than a dozen times and has become known for his comedic lip sync videos.

He was first introduced to TikTok in October of 2015 by his close friend and fellow crowned creator Mikaela Serur. His account was previously called My.Life.Is.Awkward.

Though native to New Jersey, his mother, Regina, was born in Portugal and his father, Americo, was born in Spain.

Both he and Linda Calise are popular TikTok stars.

Dylan Monteiro Is A Member Of