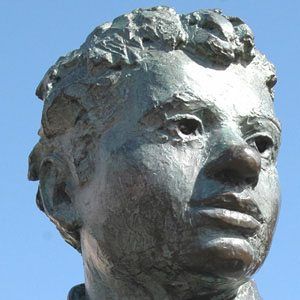 Important Welsh modernist poet and author who is known for such famous works as "Do not go gentle into that good night" and "Under Milk Wood." His numerous collections include the poetry book, The Map of Love and his book of short stories, Rebecca's Daughters.

He had an undistinguished academic career at Swansea Grammar School, save for his work as editor of the school's literary publication.

He read and performed his poetic works throughout the United States during the early 1950s. Tragically, he died at the young age of thirty-nine while on the New York leg of his American literary tour.

The son of a schoolteacher and a seamstress, he married Caitlin Macnamara in 1937. The couple had three children. Macnamara later wrote two autobiographies detailing the couple's shared alcoholism and destructive marriage.

He was greatly influenced by the work of Thomas Hardy.

Dylan Thomas Is A Member Of