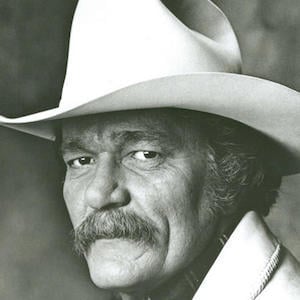 Country artist who wrote "Mammas Don't Let Your Babies Grow Up to Be Cowboys" and who recorded "You're the Best Break This Old Heart Ever Had."

He grew up in Memphis and, when he was seventeen years old, he went to see Jack Clement who was a recording engineer for Sun Records. He got involved with music after the owner of the record company was impressed with his songwriting.

He was a lead actor in the television series Bret Maverick in 1957.

He has a son named Trey who is also a songwriter and record producer.

He co-starred with James Garner in Bret Maverick.

Ed Bruce Is A Member Of