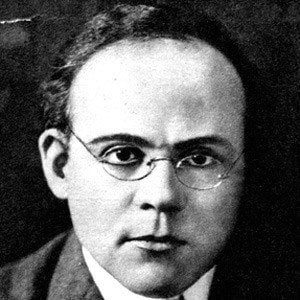 Author of Spoon River Anthology, a bestselling free-verse work. His numerous other poetry volumes and prose works include The Golden Fleece of California (poems); Skeeters Kirby (novel); and Lincoln: The Man (biography).

After sitting for the Illinois bar exam, he began his legal career in Chicago. He published his debut literary work, A Book of Verses, in 1898.

He received the Mark Twain Silver Medal in 1936.

He was born in Garnett, Kansas to a lawyer father. He died at the age of eighty-one in Melrose Park, Pennsylvania.

His Spoon River Anthology was adapted for radio and narrated by William Conrad.

Edgar Lee Masters Is A Member Of