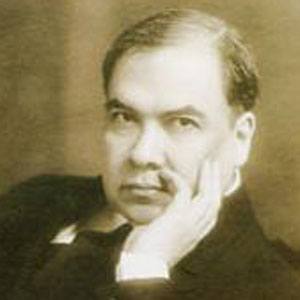 He began reading when he was three years old and had published a poem by the time he was thirteen.

He worked for a time as a journalist for a prominent Buenos Aires newspaper.

His 1905 poem, "A Roosevelt," criticized American imperialism and was directed at President Theodore Roosevelt.

Rubén Darío Is A Member Of