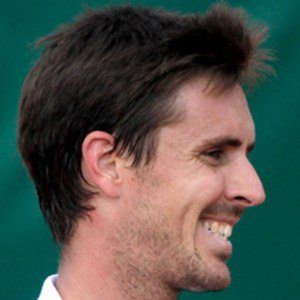 Right-handed player who turned professional in 2003, competing in doubles tournaments; began competing in singles play in 2007.

His grand slam debut came in doubles play at the 2003 French Open.

He made the singles top-100 in 2007, after defeating 24th seed Juan Ignacio Chela in straight sets at Wimbledon.

His father, Christophe Roger-Vasselin, was also a successful tennis player.

In 2007 he made the 3rd round of the French Open, which was eventually won by Rafael Nadal.

Edouard Roger-vasselin Is A Member Of