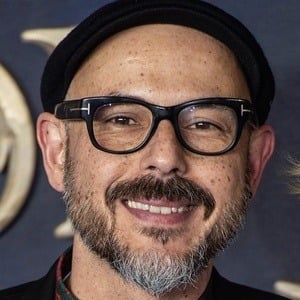 Graphic designer and artist who is most recognized for his work on the Harry Potter films as well as Fantastic Beasts and Where to Find Them and Fantastic Beasts: The Crimes Of Grindelwald. He has also worked on cover designs for the book series as well.

He first began working with the Harry Potter franchise in 2004 when he was first hired to work on Harry Potter and the Prisoner of Azkaban.

He is known for founding the graphic design company MinaLima Designs along with fellow graphic designer Miraphora Mina. He is referenced throughout the film series such as the characters of author Edwardus Lima and duellist E. Lima

He posted a picture with Fantastic Beasts star Jude Law to his Instagram in April of 2017.

Eduardo Lima Is A Member Of