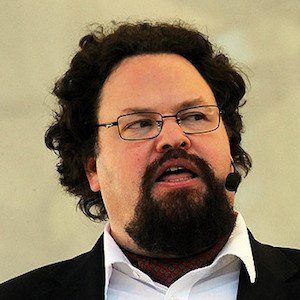 Historian who became known to Swedish television audiences as the host of the history shows Friday with Edward and Between the Bowl and the Wall with Edward Blom. He has also been a regular radio guest on P3's Morgonpasset.

He was a humanities student at universities in Trier, Stockholm, Uppsala, and Freiburg.

He has been active in the Catholic community and was ordained as a Knight of the Order of the Holy Sepulchre of Jerusalem in 2008.

He married Gunilla Kinn and has a son named Melchior.

Like Michael Wood, he is an historian famous for hosting educational television shows.

Edward Blom Is A Member Of