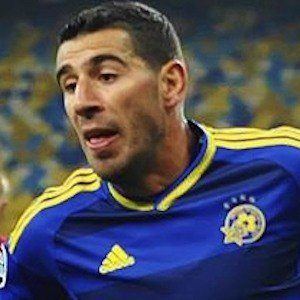 He played his youth career for both Maccabi Netanya and Beitar Haifa before going pro at the age of nineteen.

During the 2011 to 2012 season, Tibi led Ironi Kiryat Shmona to a championship victory.

He was born and raised in Jerusalem, Israel.

Eitan Tibi Is A Member Of