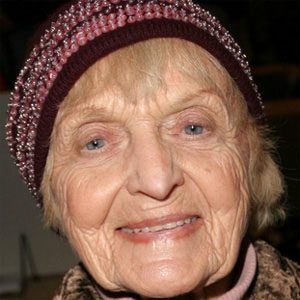 Actress who played a sweet, rappping grandmother in the 1998 comedy The Wedding Singer, starring Adam Sandler. She also appeared in the films Wedding Crashers, Sister Act and The Invited.

She worked with choreographers and performance mimes such as Marcel Marceau.

She recorded an album dedicated to her husband.

She was married to her husband Eugene until his death in 2004.

She was on an episode of Scrubs with Zach Braff.

Ellen Dow Is A Member Of