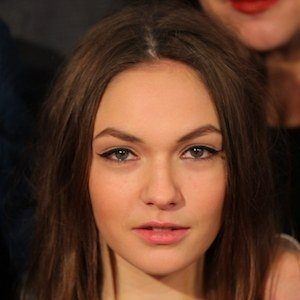 Award-winning German actress who has become known for her roles in the films Leanders letzte Reise and Under the Family Tree. She has also appeared in episodes of Tatort and Und dann noch Paula.

She began stage acting as a child. Then, in 2011, she made her screen debut in the short film Karussell.

In 2014, she won Best Actress at the CInemaiubit Film Festival for her role in Nicht den Boden berühren.

Though she was born in Tyumen, Russia, she grew up in Berlin.

She was cast opposite Bruno Ganz in the 2018 film Der Trafikant.

Emma Drogunova Is A Member Of