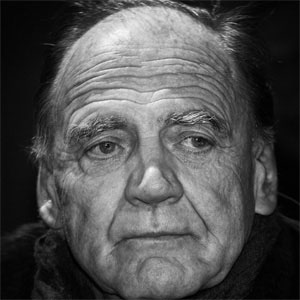 After playing the role of Damiel in the 1987 film Wings of Desire, this acclaimed Swiss-born actor starred as the infamous Nazi leader Adolf Hitler in the war-themed feature Downfall. Other notable roles include Jonathan Harker in Nosferatu: Phantom der Nacht and Professor Rohl in the Oscar-nominated movie The Reader.

Although he made his film debut in a 1960 project titled The Gentleman in the Black Derby, he was initially more famous as a stage actor. In the early 1970s, he helped establish a theater company called the Berliner Schaubuhne.

He appeared with Sir Laurence Olivier in the 1978 Nazi-themed movie The Boys from Brazil.

He grew up in Zurich as the son of a Swiss father and an Italian mother. Before separating, he and his wife, Sabine, had a son named Daniel.

He appeared with Dennis Hopper in the 1977 film The American Friend.

Bruno Ganz Is A Member Of