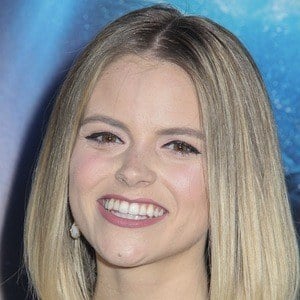 American actress and model known for her roles on series like Powers and in films like 2016's I'm Not Ashamed. As a model, she has booked jobs with publications like Vogue Italy.

She was a dancer who began training at age 2. As a teenager, she attended the Christian talent and modeling agency AMTC.

She was a member of the casting, wardrobe and location department on the 2014 film American Hell.

She married Isaac McCready in September 2016.

She appeared alongside Jennifer Lawrence in the final two Hunger Games movies.

Emma Elle Roberts Is A Member Of