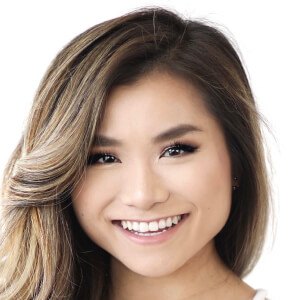 Full-time fashion and beauty influencer on YouTube where she is known as Miss Louie. Her "outfit of the day" videos, product reviews, lookbooks and more have earned her more than 500,000 subscribers.

Before uploading a first YouTube video called "Hello World" in February of 2011, she had created a blog called Miss Louie in 2009.

Her channel reached the 10 million views milestone in May of 2017.

She and her husband Jeremy resided in the Bay Area of California. She lived in Austin, Texas for 10 years prior, but is originally from San Francisco.

Morgan Stewart of The Beauty Breakdown was featured on her channel in a video called "GIFT SWAP!"

Erica Louie Is A Member Of