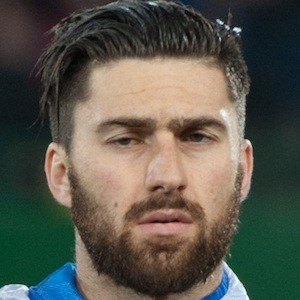 Professional soccer defensive back who made his Serie A debut in 2014 with Chievo, while on loan from Gent. He joined Sampdoria in 2015 and transferred to Roma in 2016.

He grew up playing with Bosnian team Željezničar, then spent much of his pre-Serie A career playing in the Belgian League.

He's represented Bosnia and Herzegovina internationally, first appearing with the team in 2012.

He was born in Sarajevo, back when it was still part of Yugoslavia.

He and Miralem Pjanic have been teammates on Bosnia and Herzegovina's national team.

Ervin Zukanovic Is A Member Of