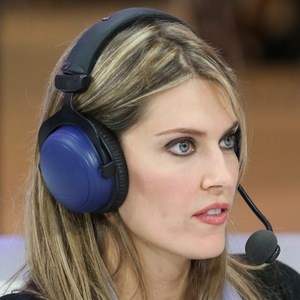 Member of the European Parliament for Greece who is known for representing the Panhellenic Socialist Movement or PASOK. She is also known for being a former television news presenter for the Mega Channel.

She earned her undergraduate degree in architecture and engineering from Aristotle University of Thessaloniki. She went on to earn her masters in International Relations in 2008 from the University of Piraeus. In 1992 she joined the socialist Panhellenic Camp of Militant Students and was elected to the Hellenic Parliament for the first district of Thessaloniki.

She was known for being the youngest member of European Parliament with the PASOK party.

She was born and raised in Thessaloniki, Greece. She has a younger sister names Mantalena who is a lawyer.

Siiri Oviir and Stanley Johnson are fellow members of the European Parliament.

Eva Kaili Is A Member Of