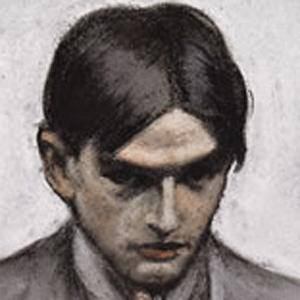 Realist painter associated with the Ashcan School and known for such works as "Eviction" from 1904 and "Concert Stage" from 1903.

He spent his early adulthood years working as an artist for the Philadelphia Press. Later, he accepted a position as an illustrator for the New York World.

His work, along with that of fellow artists known as The Eight, appeared in a famous 1908 exhibition at New York's Macbeth Galleries.

He was born to farmers Isaiah Conklin Shinn and Josephine Ransley Shinn, who were living in the Quaker community of Woodstown, New Jersey. His first wife was artist Florence Scovel and his second was Corinne Baldwin, whom he would also divorce.

He was the youngest member of the Ashcan School of painters, a group that also included William Glackens.

Everett Shinn Is A Member Of