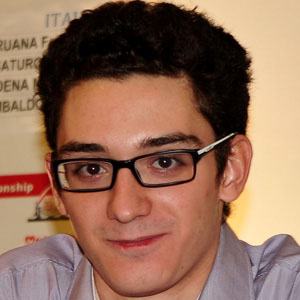 Italian-American chess prodigy and Grandmaster who is one of the top players in the world.

He moved from Miami to Brooklyn when he was four years old.

He is the youngest Grandmaster in both United States and Italian history and in 2010 he won the Italian Championship for the third time with a score of 9 points out of 11 games.

His parents moved him to Italy when he was 12 years old.

He and Magnus Carlsen are two of the top players in the world and are only at the beginning of their careers.

Fabiano Caruana Is A Member Of