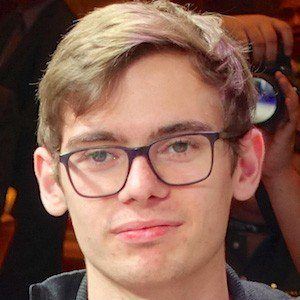 Professional poker player with millions in winnings since his career began. His success has led to a lucrative career as a backer and has become a member of several poker teams including the LA Sunset poker league.

One of his earliest poker wins was in September 2012 at a No Limit Hold'em event in Rozvadov, Czech Republic.

He has a charity Twitch stream under the name CrownUpGuy where he streams for nonprofits like the Against Malaria Foundation and Evidence Action.

His mother was a journalist and throughout his childhood he would travel with her while working on stories.

Both he and Marco Johnson have gained great success as professional poker players.

Fedor Holz Is A Member Of