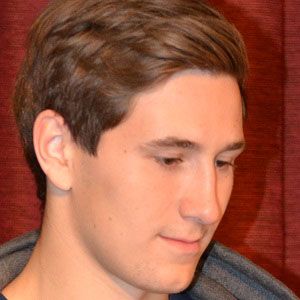 Swedish center who began his NHL career with the Nashville Predators in 2012 and helped lead the team to the Stanley Cup Finals in 2016-17. He was named to his first NHL All-Star game in 2015.

He was born in Ostervla, Sweden and joined Leksands IF in 2009. He was originally drafted by the Washington Capitals in the 2012 NHL Entry Draft. He won gold at the World Junior Championships as a member of Leksands IF.

At the 2014 IIHF World Under-20 Championships, he won the awards for Best Forward and Most Valuable Player of the tournament.

His younger brother Fredrik Forsberg is also a hockey player. He has been in a relationship with singer Erin Alvey.

He joined Shea Weber on the Nashville Predators in 2012.

Filip Forsberg Is A Member Of