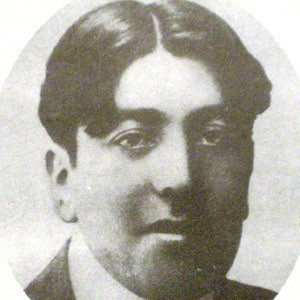 Former playwright and journalist regarded as one of the founding fathers of theater in the River Platean area.

He published his first few satirical essays in a newspaper when he was allegedly just 10 years old.

His life was riddled with money issues. It became routine for him to accept advances for plays he never wrote and would often evade creditors.

He was once married to a woman who went by the name Catalina.

He and Mark Scharf were among the world's top and most respected playwrights.

Florencio Sanchez Is A Member Of