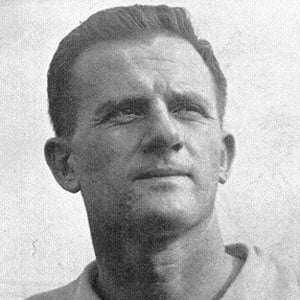 Head coach of the Arkansas Razorbacks football team for nearly 20 years. He was inducted into the College Football Hall of Fame in 1983.

As quarterback for Georgia Tech, he led the team to four bowl appearances during his four-year college career.

His Arkansas team was proclaimed to be national champions in 1964 by the Football Writers Association of America.

After the death of his high school sweetheart, Barbara, he married Guendaline Whitehead on December 1, 2005.

He held the Orange Bowl record for most passing yards in a game for six decades until Tom Brady broke it in 2000.

Frank Broyles Is A Member Of